Frontiers North Adventures, along with their partners Polar Bears International and explore.org offer The Polar Bear cam. This wonderful yearly event puts high definition cameras on the ground with polar bears at the height of polar bear migration in northern Manitoba.

BIO was asked to conceptualize, design, and develop an engaging and entertaining website for the 2011 polar bear season. Our response was a parallax website that featured an 3D rendered and animated buggy that followed users down the page as they scrolled, taking them on a tour of the tundra aboard Buggy One. Along with stunning composited artwork of bears on the tundra and even a helicopter that flies overhead, the site is a visual treat. The response to the site was fantastic, with complements coming from all corners.

Considering the scale of media that needed to be produced for the project, the turnaround time was quite tight. We still had a great time designing all the assets for the project, including a modeled version of Frontiers North Adventure’s Buggy One.

In addition to the media centric website we also produced a simple mobile site for the project. This site was meant to deliver the mobile stream for one of three cameras the user could choose from. 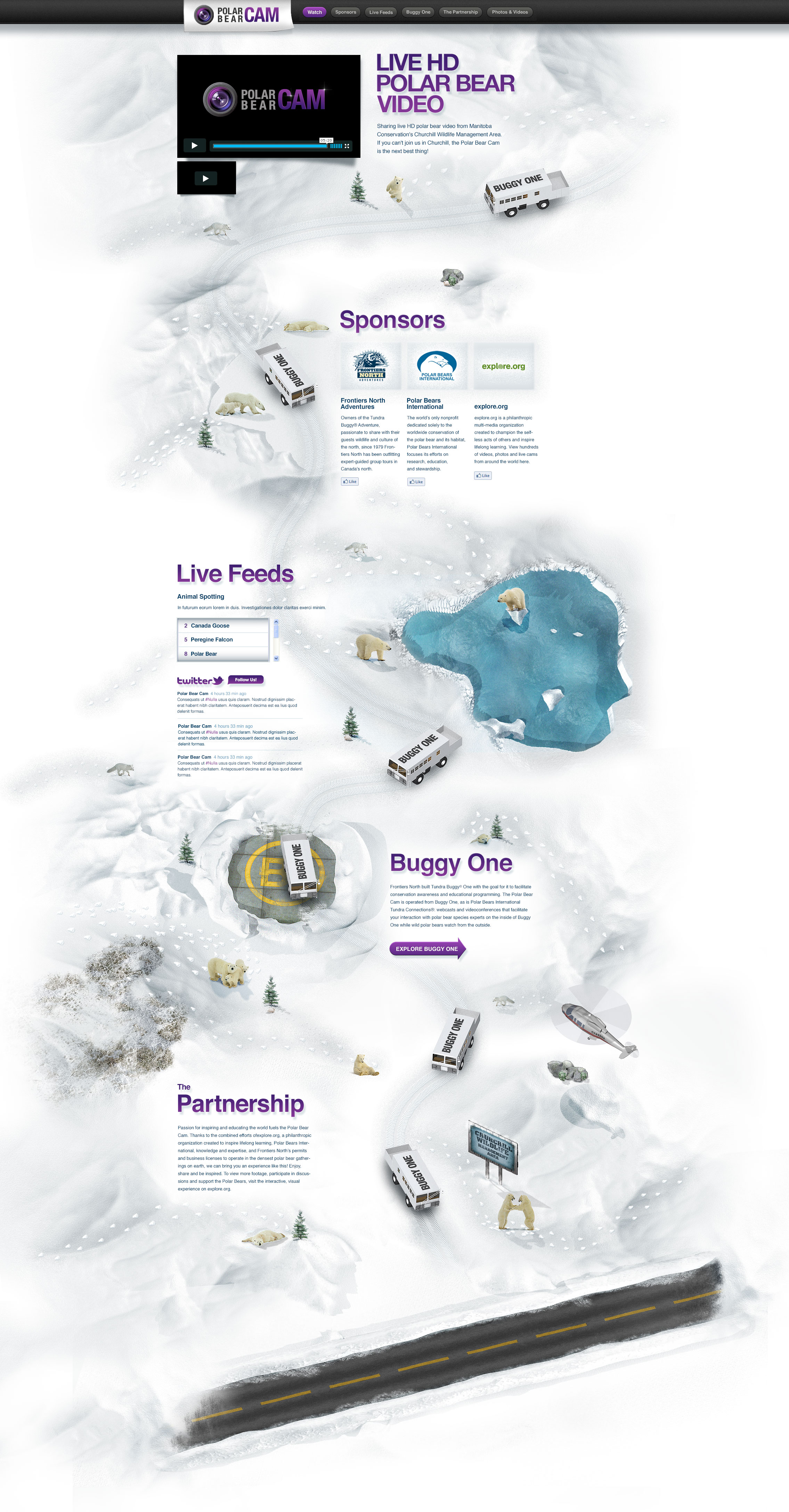