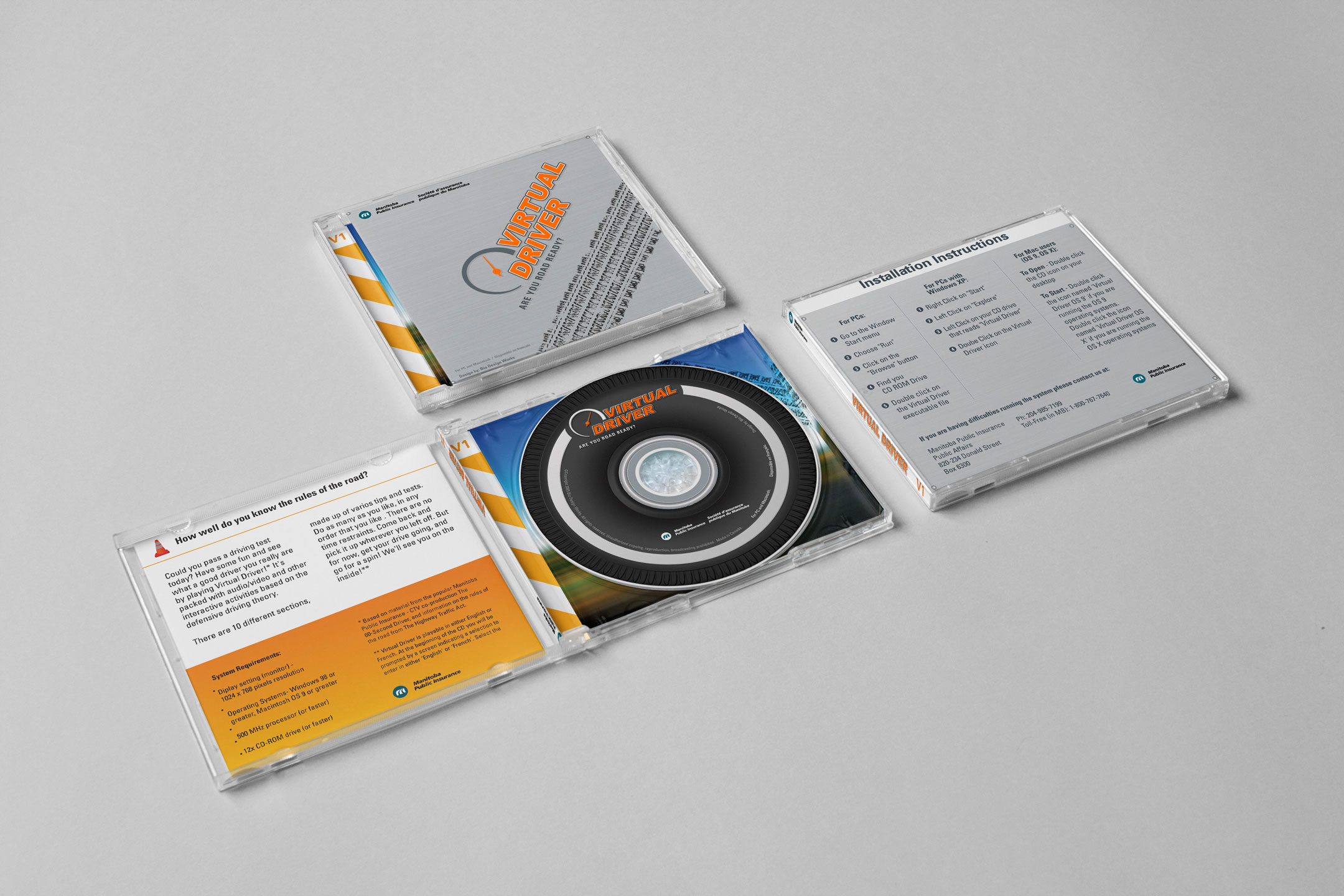 With such a cool product, Virtual Driver needed an equally cool and exciting jewel case! As part of the project we designed the jewel case to be distributed throughout the province. As you’d expect it needed to give users a taste of what they’d experience using the product, and also provide them with details like system requirements.